The Conservative Party’s Impossible Brexit Politics
of ‘Habitation versus Improvement’ 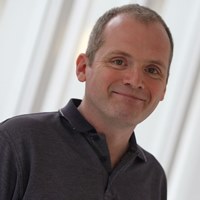 The Conservative Party has just managed to win a general election whilst breaking the first law of British electoral politics in being unsure of what it stands for economically.  For thirty years now, the commentariat has speculated whether ‘Europe’ would follow the repeal of the Corn Laws in 1846 and tariff reform in 1903 in splitting the Conservative Parliamentary Party over free trade.  Boris Johnson has avoided such a split, but only by purging his party of parliamentary candidates who dissented from his vision of a Brexit Britain beyond the European single market and the EU’s customs union.  The Conservative Party might no longer know itself when viewed historically, but it has just proved that it knows how to construct an electorally successful populist appeal to a nationalist politics of habitation.

Therein manifests the irony of ministers whose impulse will forever be as Thatcherite free market improvers resolutely championing anti-Thatcherite anti-free market habitation as a means of using regulatory independence to protect the interests of a native in-group.  Johnson has successfully pulled the confidence trick that his Government is somehow to be seen as a habitation-oriented insurgent, as the antidote to the previous Conservative Government in whose ranks so many of its ministers also served.  However, his first Cabinet appointments to the three great offices of state were all confirmed small-state Thatcherites, with two helping to co-author the infamous Britannia Unchained, a 2012 book dreaming of a Britain in which state support of everyday life is completely eliminated.  During the Brexit referendum, Johnson himself argued alongside the most extreme free marketeers that the EU was a protectionist club that barred the way to the country fulfilling its laissez-faire destiny.  Still the utopia exists in Conservative Party rhetoric of a buccaneering Global Britain as laissez-faire role model, where a nineteenth-century imperial throwback UK wins everyone over to its vision of universal free trade whilst it also eagerly embraces significant commercial frictions with its nearest trading partners.

If the Conservative Party no longer knows what it want to be, then it is hardly surprising that the rest of us are little the wiser.  It is as if it is simultaneously planning for laissez faire and planning for planning.  There is no straightforward Polanyian explanation for how it is possible to be in both camps at once.  Yet that is what the Johnson Government’s chosen strategy for leaving the European Union implies.  The whole world is now the Brexiteers’ economic oyster, we are told, but only above the din of them also insisting that the country must become a closed cultural space to secure from the incursions of EU membership the independence of its constitution and the sovereignty of its decision-making powers.  Such a context is both clearly contradictory and also the new populist reality.  It denies the left any easy Polanyian positioning in response.  The Conservative Party has used Brexit as a habitation device to offer protection to communities whose currently unprotected status results directly from ten years of Conservative small-state policy.

Department of Politics and International Studies
University of Warwick
UK