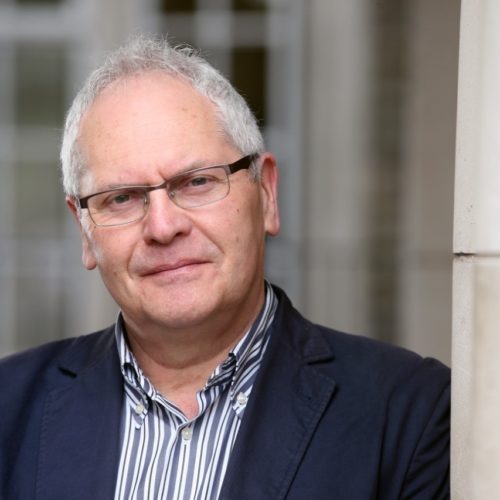 Having dominated British politics ad nauseam for nearly 4 years, Brexit has suddenly disappeared from public life. The issues which brought it political success – first in the 2016 EU referendum and then in the 2019 General Election that propelled Boris Johnson into office – have also largely vanished from the public agenda, particularly the issue of immigration.

Although the UK is still scheduled to quit the EU at the end of this year, COVID-19 has totally displaced Brexit in the public mind. So much so that the most important political question in the UK right now – apart from when the societal lockdown will be lifted – is what kind of legacy will the pandemic bequeath.

Will it be a return to neoliberal “normality”, the hallmarks of which were austerity, outsourcing public sector activity and shrinking the state, or will it be a tipping point for society to view and value things anew and embed the new habits of solidarity acquired during the crisis?

Past experience suggests that the powers-that-be will strive to return to some form of “normality” as soon as possible, which is precisely what happened after the 2008 financial crisis. Many things need to come together to prevent a return to neoliberal “normality”.

Let’s mention two of these things: (a) the Conservative government needs to be exposed for its astonishingly inept handling of the pandemic and (b) progressive forces need a compelling vision to show that another world is possible and the alliances, in civil society and among political parties, to enact that vision.

Even before the pandemic struck, the Johnson government was forced to adopt some very unusual policies for a Conservative government. It was forced to nationalise some railways and it felt compelled to adopt a new regional policy to support the former Labour areas in the north and midlands. Its COVID-19 rescue plan shocked its supporters, such was the scale of state financial support.

Launching the rescue package, the new Chancellor famously said that “this is not a time for ideology”; but what he meant was not a time for neoliberal ideology. The Johnson government was seen to be adopting the language of the left – by calling for social solidarity and extolling the need for an agile public sector, a sector that had been eviscerated by a decade of Tory austerity. While these things are necessary, they may be outweighed in the public mind by the inept handling of the pandemic, the most poignant sign of which is that health workers have to work without enough protective equipment.

Turning to the progressive forces, the key questions are do they have a compelling vision and do they have the necessary alliances for change? A core part of the vision now exists in the form of the Foundational Economy, arguably the most important spatial development strategy to have emerged in the UK in the past fifty years. In contrast to traditional spatial policies like Foreign Direct Investment, which are zero sum games between places, the Foundational Economy concept signals a positive sum game in the sense that foundational flourishing in one place does not preclude other places from also flourishing (see https://foundationaleconomy.com for details).

Post-pandemic Britain may look and feel very different to the political environment which spawned Brexit. Social solidarity, civic activism and key workers – many of them based in the Foundational sectors of health, social care and food provisioning – are the qualities helping the country to cope with the ravages of the pandemic. One hopes that progressive forces can ensure that these qualities and habits are part of the enduring legacy of the pandemic and not the ephemera of the crisis.