Three Theses for our debate on Deglobalization 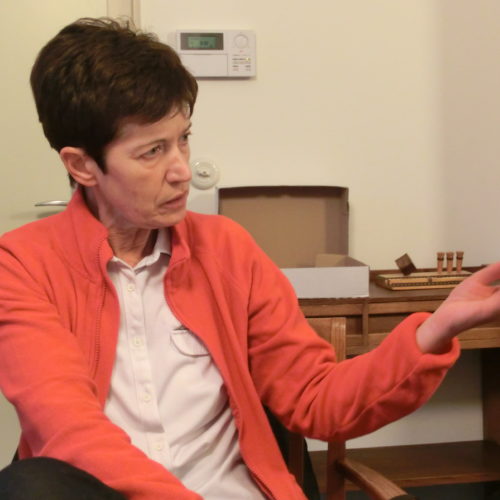 (1) When, in the 1980s the mainstream publicly started to use the term “globalisation”, many economists had already observed:

Already in the 1960s, in the face of an emerging new international division of labour, theories of globalization had been formulated. The US and the European ex-imperial powers had found new strategies to subordinate former colonies and semi-colonies, especially by imposing transfers of cheap resources and knowledge from them. The same “globalizing forces” have been active in the Cold War, in order to destabilise the Soviet bloc. In this confrontative ‘system competition’ the very boundaries of global ecological sustainability were beginning to be systematically exceeded.

(2) The reality addressed by the first thesis makes it possible to identify the agency underlying and driving these developments: The “globalizing forces” have not been ‘subjects of strategies’, but actors/agencies serving the interests of the most powerful owners of transnational corporations and the most powerful actors on the financial markets. These actors cooperate with agencies of government, of politics, of the military/”security” apparatuses, of law, as well as of accounting and consulting services, of science, culture and media, of lobbying and even of civil society. This co-operation is itself contradictory: Conflicts do arise from the fact that specific subjects of co-operation do not represent all actors involved. However, their co-operation is a condition for the on-going accumulation of highly concentrated and centralized capital. These subjects of capital rule act globally and established the need for global rules on credit, free trade, protection of investment and intellectual property rights. At the same time, they tend to avoid these very rules whenever they could work against their own interest. This need underlies the history of such institutions as the WTO and the emergence of rising global problems.

Any Green New Deal or any comparable project aiming at a just resolution of global problems and a socially and ecologically sustainable development, has to deal with these forms of co-operation, i.e. with the underlying capitalist oligarchies – especially with their contradictory linkages with “the state” and supra-state institutions. Any new competitor (as a particular capital oligarchy or a country) has to submit to the rules of the game of free trade, protection of investment, intellectual property and “security”. This increases the global problems and provokes attempts to change the game.

(3) Globalisation as a growing interdependence of the world’s economies, brought about by international trade and flows of resources, investment, labour force, knowledge and information in the interest of the globally dominating forces (i.e. the capitalist oligarchies) therefore leads to social exclusion, to social, economic and ecological destruction, and to a special type of competitive regionalisation. A closer look at the processes referred to in our first thesis makes it obvious that technological, ecological and health disasters, social and political strife, trans- and international confrontations (including wars), and so-called ‘globalisation’ in its complex reality, are largely determined by capitalist oligarchies. They do, indeed, primarily shape economic and societal development in global industrial regions, but these are also modified by concrete outcomes of societal and international struggles. E.g. China’s Belt and Road Initiative is aimed at becoming a winner within globalisation – and not at promoting deglobalisation, as a democratic alternative towards socially and ecologically sustainable development.

Peace, fighting global warming and countering the loss of biodiversity, a solidarity-based support for local producers of food and renewable energy, a democratic appropriation of common goods can be affirmed to be the main pillars of political strategies to overcome this situation – by struggling against capitalist oligarchies. Polanyi’s search for the deeper background of current problems has produced important starting points for a radical work on alternatives, bringing together radically democratic political forces with different social, ethnic, cultural, and political backgrounds – as an opportunity for a renewal of criticising globalisation in the perspective of a renewed alterglobalisation movement.