Elite European football has long been commodified and progressively disembedded from its historic roots as a working class sport. In the UK a countermovement to this piecemeal disembedding has been sporadic and generally unsuccessful. The countermovement against the ESL in contrast was spontaneous, large-scale and apparently highly successful. A piece by Rowan Alcock. 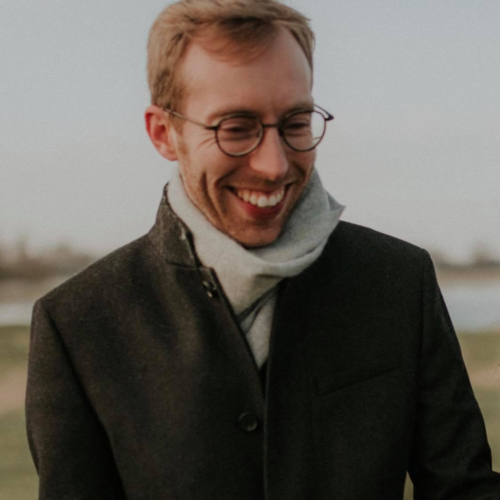 Football has become an opiate for masses of people around the world, with irrational highs and more frequent lows. In Europe seasons can secure hundreds of millions of pounds and the chance of playing with the European elite, coupled with the possibility of spiralling down the leagues and potential bankruptcy. But for many, football is much more than that. Clubs are part of the local community, often with a heritage of over 100 years, they contribute to an individual’s collective identity (1) and clubs and fans often work within their community in a charitable capacity. In a society such as the UK, which has had a political project of undermining collective power for decades, football fans maintain a camaraderie which allows them to mobilise when their club, and therefore local community, is threatened. It was this mass-mobilisation that we witnessed in the latest episode of football’s multi-billion dollar soap opera – the European Super League.

Clearly there are numerous concurrent crises global society is facing, and one might argue the machinations of a sport where over-paid players run around at the behest of over-paid executives and billionaire owners is something that deserves little attention. However the 72 hour saga of the European Super League (ESL) can be seen as a Polanyian moment and highlights numerous Polanyian tropes with wider lessons for society. The ESL was concocted by the owners of eleven elite and highly decorated European football clubs as well as Tottenham Hotspur. Its aim was to create a league in which the twelve founding members (2) could never be relegated therefore securing them as long-term high-value financial assets. The model was said to be based on the American sports franchising model. Elite European football has long been commodified and progressively disembedded from its historic roots as a working class sport. In the UK a countermovement to this piecemeal disembedding has been sporadic and generally unsuccessful. The countermovement against the ESL in contrast was spontaneous, large-scale and apparently highly successful.

As Polanyi would have observed, ‘intellectual fashion played no role whatever’ (3) in the countermovement which united the opinions of politicians from across the political spectrum. From the socialist Jeremy Corbyn to the right-wing populist Victor Orbán, as well as Alexander Boris de Pfeffel Johnson, a politician immensely comfortable with ‘greed and capitalism’, (4) and Sir Keir Starmer, a politician immensely comfortable sitting on the fence, they all outwardly agreed that the ESL was a step too far.

Political ideology did not unite the countermovement, yet politics was everywhere. The manager of Liverpool Football Club, Jürgen Klopp, in his defence against accusations being levelled at Liverpool players, stumbled into a truth at the heart of most economic organisations – the general lack of worker democracy. The players and the management team were not consulted over the ESL ‘just like all employees’ (5), it was not their decision. More directly Leeds United manager, Marcelo Bielsa, argued, in terms that could have been spoken by Polanyi himself, that ‘the fundamental problem is the rich always aspire to be more rich without considering the consequences for the rest. As they gain more power they start demanding more privilege over the rest’ (6). Fans ran with numerous slogans including ‘Created By the Poor, Stolen By The Rich’.

These spontaneous moments that have the potential to create the foundations of a progressive politics were coupled and often interwoven with spontaneous reactions that could create the foundations of a reactionary politics – demonstrating Polanyi’s view that the countermovement always has two faces. Rio Ferdinand declared that ‘this is for me a war on football’ (7). Garry Nevil stated it was ‘a criminal act against football fans in this country, make no mistake about it’ and that the owners are ‘imposters’ they ‘are nothing to do with football in this country’ (8) the fans ‘need protecting’ and owners have ‘no loyalty to this country and these leagues’ ‘there isn’t a football fan in this country that won’t be seething, and shouldn’t be seething’ (9). James Cordon during his diatribe on the ESL posited the argument that the billionaire owners have ‘slowly but surely’ moved these teams away from the working-class foundations on which they were built, or in Polanyian terms have disembedded them from the local community, and that they ‘look at the historical fanbase of every single club with disdain’. His solution to the powerlessness of fans and the belief that ‘I don’t think we can do anything about it’ was to ‘remember the names of these owners… don’t forget the people that did this, it’s them it’s those owners… they took something so pure and so beautiful and they beat the love and the joy out of it’ (10).

But remember for what ends? A progressive remembers in order to create a mass movement to democratically change society for the betterment of the whole of society. However, in the current system in which billionaires have disembedded themselves from social norms and democratic accountability, to what ends do we remember? Often these ends are reactionary. This is Polanyi’s countermovement at work, spontaneously erupting due to a move to transform a social institution into a commodity for private profit, with two solutions – one progressive and one reactionary.

The ESL did come crumbling down in England after just 72 hours thanks to sustained pressure from almost every corner of English football; fans, managers, players, pundits… However, many believe it is only a matter of time before something similar will raise its head. In fact it was reported that UEFA’s solution to the greed of the ESL was even more debt fuelled money pumped into their own competitions (11). Another option proposed has been a new football regulator (12), however, if similar to other regulators in the UK, it is likely to be toothless, under resourced and captured by special interests. A government that wants ‘to do as little as it has to do’, according to Culture Secretary Oliver Dowden (13), is never going to solve deep structural problems. A better solution may, however, be presented by the German league, whose teams were not part of the initial 12 ESL founding members. The 50 +1 model, which guarantees a majority stake in football clubs in Germany for fans, could be the start of re-embedding football back into the communities it was born out of. Yet this is fraught with difficulties and as the popular wave of discontent towards the ESL subsides, due to its collapse, the Government is likely to brush any significant changes aside to concentrate on whatever new populist crusade arises, churning out faux victories while nothing significantly changes.

If the ESL had gone ahead, it is almost inevitable the German sides would have sold their souls and joined; the alternative would have been for them to forgo hundreds of millions of euro a year and become uncompetitive on the European stage. This demonstrates another Polanyian theme, islands of democracy are meaningless in the global oceans of the self-regulating market. Unless there are bridges linking islands of democracy, from the workplace, to the local community through to continents of democratic participation, democracy is unable to stand up to the tsunami of global financial capitalism. The message Polanyi clearly articulates is; unless all of us are protected from the negative social effects of the self-regulating market system then none of us are protected and that protection can only come from a deep and broad democratic society. Football becomes as important a place to embed within democratic norms as housing, labour, health and all systems we rely on for our social well-being. A democratic sphere of football can create a logic of democratic participation in society, protect other democratic institutions and may even become a model for more. Football may, importantly, also be a space that has a ready-made and hard to undermine mass-movement prepared to argue, and take to the streets, for radical changes, a movement that has the ear of national leaders. The Polanyian task is the same with this spontaneous countermovement as it is with all, to push it away from any form of reactionary politics and towards progressive solutions. Even though the ESL has crumbled there is still much more to play for.

1 Of course it must be stated that this collective identity can also have a darker tone of sectarian or racist othering and football fans’ hooliganism is well documented.
2 Founding member spots were also potentially available for three more clubs from France and Germany.
3 Polanyi, 2001 [1944], p.151.
4 Allegretti & Elgot, 2021, Covid: ‘greed’ and capitalism behind vaccine success, Johnson tells MPs, The Guardian, https://www.theguardian.com/politics/2021/mar/23/greed-and-capitalism-behind-jab-success-boris- johnson-tells-mps
5 https://www.youtube.com/watch?v=Dg0_mHEjGOI
6 https://inews.co.uk/sport/football/leeds-made-a-valid-point-about-european-super-league-side-liverpool-at- elland-road-964141
7 https://www.youtube.com/watch?v=NC08HPDlJlA
8 Alan Shearer similarly suggested that the owners ‘are clearly removed from the heritage’ of the Premier League and its predecessor ‘they don’t have any sense of value of the clubs relationship with the fans and the communities’. https://www.bbc.co.uk/news/av/uk-56813206
9 https://www.youtube.com/watch?v=GP05EDm9EB8
10 https://twitter.com/JKCorden/status/1384339056700526595
11 https://www.aljazeera.com/economy/2021/4/19/uefa-discussing-7-2bn-deal-with-centricus-to-halt-super- league
12 https://uk.sports.yahoo.com/news/football-regulator-not-off-table-082336415.html
13 Ibid

is a recent Oxford DPhil graduate in politics. His thesis engaged with Polanyian theory to analyse Chinese food and environmental movements. He has published articles on Polanyi including a recent publication in New Political Economy entitled The Unconscious Countermovement and the Conscious Polanyian Movement.