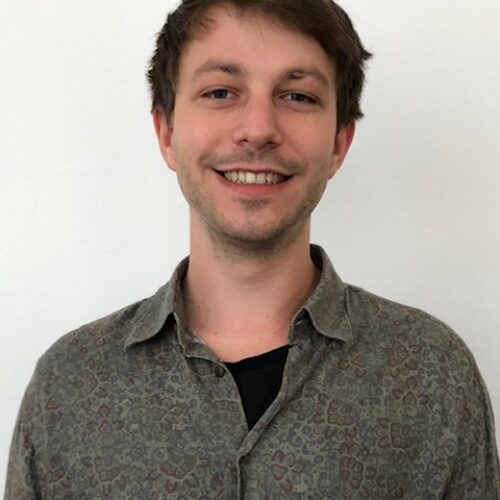 Over the last years, citizens across Europe have become more active in providing for their own housing, often in collaborative arrangements of groups supported by public, third sector and/or private actors (Czischke 2017). Commentators speak of a “new wave” of collaborative housing unfolding across Europe – referring to an umbrella term that includes different housing forms (e.g. cooperatives or self-building groups) with varying degree of participation and community engagement (Lang et al. 2018).

In this blog post, I reflect on the novel collaborative housing initiative “Bikes and Rails” in Vienna and analyze how it reconfigures Karl Polanyi’s principles of economic behavior: market exchange, reciprocity and redistribution. In his later years, Polanyi came to believe that all economic processes would represent a combination of these three organizational principles, but one would often dominate to “integrate” the process or to achieve “unity and stability” (Polanyi 1977: 286). Market exchange is a mode mediated by trade, money, supply and demand, while reciprocity is characterized by forms of symmetrical social relations. Redistribution involves the allocation and distribution via a central authority (cf. Polanyi 1977: 35-47; Jessop & Sum 2019). From this perspective, countermovements against marketization function by promoting the dominance of redistribution and/or reciprocity in the provisioning process, in our case housing. To understand how this plays out, we must also take the Viennese housing system into consideration that provides the structures in which the housing initiative is embedded in.

Having lived there himself, Polanyi admired the achievements of “Red Vienna” (1919-34), which started as an emancipatory municipal project addressing the poor living conditions of the working class. Housing provision since then developed into an innovative top-down approach centered, among other characteristics, on two crucial aspects:

The housing initiative Bikes and Rails started as a collaborative building group that applied for building plots in a development competition. As a member of “habiTaT Austria”, they are organized according to the principles of the better-known German “Mietshäuser Syndikate”. The syndicate network officially aims to create housing “free of speculation”. In practice, this means that the building is managed by a housing common (the residents) and bought by a legal entity, co-owned by the residents (51%) and by the HabiTaT solidarity network (49%). HabiTaT has no rights to interfere with the project, except for a veto on the sale of the building. The underlying rational being that once all running loans are repaid, the building will be kept out of the (speculative) housing market forever.

This veto introduces additional elements of redistribution and reciprocity. This is achieved by moving parts of property ownership into the hands of a central authority with an articulated agenda to keep the property out of the market. Residents also pay a solidarity contribution to the network as part of their rent, which will be used to support other projects. Since financial contributions to HabiTaT Austria’s network are shared only among similar project, this redistributing mechanism features strong reciprocal elements.

Bikes and Rails funding model follows a unique approach utilizing a mix of public and private loans. The city of Vienna granted the public loan as part of its affordable housing scheme. The private loans are divided into 1) a loan from a bank and 2) direct loans provided by supportive individuals. Any individual can contribute between 500 and 50 000 Euro in the form of direct loans and decide on an interest rate between 0 and 2%. (Bikes and Rails 2020). These direct loans also help as starting capital to back the loan from the bank.

Even though the pooling of financial resources based on reciprocity within the family is a widespread practice, the project, extends these reciprocal relations to a larger group. Since interest rates on direct loans are lower (on average 0.8%), this achieves a decommodifying effect. Nevertheless, market exchange constitutes the dominant economic principle instituting this mode of finance. This can be illustrated by the relative size of the loans: The total financing amount of €5.4 million was split as follows: bank loan: €2.8 (1.45% interest over 35 years); public loan (1% interest): €1.1 and direct loans 1.5 million (roughly 0.8% based on previous experience) (Bikes and Rails 2020). Thus, the bank loan covers more than half of the financing requirements.

As cost-rent, construction and financing costs of the building directly translate into Bikes and Rails’ rent levels. Average rental costs amount to €10.8 per 2m (Bikes and Rails 2020). While this is lower compared to newly constructed dwellings in the private segment, it exceeds average costs in the whole rental sector in Vienna, which add up to 8.6€ and overall newly build apartments, which amount to 9.8€ (Statistik Austria 2020). At this level, Bikes and Rails provide affordable rents for middle-income earners. However, the overall higher quality of the building, including large communal spaces have not been considered in this.

What insights might we gain from using Polanyi’s principles of economic behavior as a tool for investigating how novel decommodification measures work in housing provision? Most notably, principles of economic behavior always exist in hybrid configurations: although the housing initiative strengthens reciprocity and redistribution (e.g. with their innovative ownership structure), it can only provide affordable rents due to its embedding in the wider Viennese housing system. Moreover, members of Bikes and Rails share the vision of (re)moving the building from the housing market; however, they must still engage with upstream markets for building plots, construction materials or mortgages. Overall, this perspective, thus, calls into question the idea that the economy and society are separate and somewhat autonomous realms – a key Polanyian concern.