In this fifth part of our series ‘Polanyi all over the world’, Dutch-Swedish political economist Nils Brandsma elaborates on the importance of Karl Polanyi’s work for Sweden. He therefore looks on Swedish processes of de-commodification and subsequent re-commodification of housing, using Polanyi’s theory of land as a fictitious commodity. 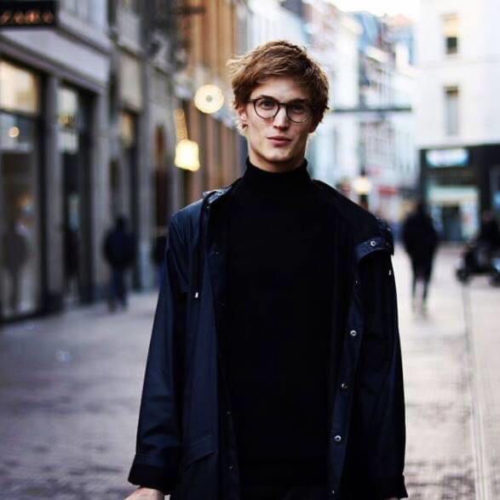 I am a young scholar from Sweden. Last year, I finished my master’s thesis; a Polanyian perspective on Sweden. Being a Swedish leftist, you find yourself in the peculiar position of seeing your country being benchmarked by fellow progressives, while simultaneously seeing it transforming rapidly into the neoliberal state which is the source of many of those problems the progressives want to rid themselves of.

There has been a lot of erudite academic reflections on Polanyi in and on Sweden, to start with Sweden becoming the emblematic case of decommodified and universalist welfare provisioning in Esping-Andersen’s (1990)  typology of welfare regimes. In 2002, Mark Blyth wrote a comprehensive overview of the Swedish transformation towards neoliberalism. At the time of writing, it was just early enough to see traces of an emerging far-right political party, but not late enough to see that party becoming a dominant fixture in Swedish politics. For years, the economist Ernst Hollander has written about Polanyi in the Nordic countries, discussing the possibility of enriching the understanding of what is a fictitious commodity (Hollander 2017; 2018): Are welfare activities, such as healthcare, elderly care or education, commodities? What about essential services such as water supplies or the internet? Furthermore, Eric Clark, professor of cultural geography at Lunds University, has taken inspiration from Polanyi when describing alternative urban futures. Clark has for long done research on the “rent gap”, that is the gap between the rent levels of a property and the potentially achievable rents from a property (in short the process of gentrification, see (Smith 1979)). Recently, his interest has focused on socio-political mechanisms to make the theory to not be true: What has to happen in order for gentrification not to happen. He lists the following: Collective forms of ownership, reduced income and wealth inequality, a use-value driven decision making and the absence of market fundamentalist culture (Albet and Benach 2017, chap. 7)

In my master thesis I also looked at Swedish processes of de-commodification and subsequent re-commodification of housing, primarily in Stockholm. Housing in the 20th and 21st century becomes very similar to how Polanyi discusses the fictitious commodity of land in The Great Transformation, a natural surrounding with the purpose of providing shelter and a home. Commodified housing is instead a financial asset which primarily is used to make money, it’s use, and use value, is secondary.

A decisive step towards decommodification was the housing policy just after the second war and its ensuing establishment of council housing (allmännyttan), followed by the million dwelling units project of the 1970s. The idea was to build a million new housing units across the country between 1965-1974, which is a massive number of housing units for a country which had a population of about 8 million. It resulted in the further decommodification of housing in Sweden, although it also supported small-houses for ownership and cooperatives. Municipal housing companies owned around a third in council housing (almännytta). Rents for all dwellings were relatively cheap and accessible, as they resulted from negotiations with the tenants organisation, according to the so-called use-valuesystem. Most apartment buildings built after the war and with the million dwelling units project had communal spaces at the bottom floor that could be used as rehearsal spaces for bands, workshops or meeting spaces.

Over the last decades, there have been partial steps towards privatization, but the legacy of decommodification has survived until today, although challenged. The stock of housing owned by municipalities is called allmännyttan, which literally means “the public good”.  Those lucky to rent through these schemes are confronted with increasing rents, although still low when compared internationally. Although the million housing units project was not contested when introduced in the 1960s, it increasingly upset market-liberal forces in the ideological shift towards neoliberalism from the 1970s onwards. This led to a number of liberal counter policies of the conservative government in 1991-84., which has all but completely destroyed this public good.

While both the social democratic party and the right-wing parties were influenced by change happening in Europe at the time, the real arbiter of the transformation in Sweden was the independent central bank. In 1985 the previously existing ceiling on how much debt could be accumulated was removed by the central bank, in an event now called the 1985 November revolution – still with Olof Palme as prime minister. This decision taken by the central bank in one stroke effectively enabled the re-commodification of both money and housing.

Banks, previously heavily restricted in how much they could lend, now behaved like “a horde of elephants in a porcelain store” according to the central bank director at the time. Credit flowed into private construction companies which built up the stock of privately-owned housing. The quick expansion of debt levels in Sweden culminated in the financial crisis of the 1990s, which simultaneously saw a social-democratic government enact the tax reform of the century. The reform was modeled after other western European contemporaries: slashed wealth taxes, flat taxes on capital, heavily reduced top marginal tax rates.

The 1990s also saw the beginning of a particularly sinister process. The right-wing government allowed tenants of public housing to purchase their building at bargain prices. But it is a specific form of privatization, as not the tenants themselves, but the cooperative housing association, that they have had to establish together before that, buy the public housing. Up to today, individual ownership of apartments does hardly exist in Sweden. But this has depleted the housing stock and is partly to blame for the fact that renting a publicly owned apartment now requires decades of standing in queue. As cooperative and ownership housing are much more profitable to build, the amount of new buildings remains restricted, which means rent levels have increased many times faster than for other goods (even if they are still regulated according to the use-value-system).

The publicly owned rental companies, often owned by the municipalities, are run as profit-motivated companies instead of vehicles to distribute and maintain housing in Sweden. The long waiting lists for those who want to renting an apartment through the public queuing system have strengthened the voices of those who want to further liberalize the public housing system. A proposal that long has been on the table is a reform to set rents at so called market levels. The Swedish Union of Tenants estimates that such a reform could increase rent levels in the city by up to 80% (Swedish Union of Tenants 2018). How the Swedish housing sector develops remains to be seen. Although it is unlikely that further liberalizations something like that would happen under a social democratic government, there is also an absence of any efforts for reforms attempting to reverse the marketization of Swedish housing. Over the last years, the transformation of Stockholm from a city for everyone into a city for those with money has been rapid and ruthless.

is a Dutch-Swedish political economist, having studied at Stockholm and Leiden Universities. He is currently a graduate trainee at the Eurofound and aspires to study Polanyi in the Swedish context at doctoral level.