COVID, Karl Polanyi and
the Reality of Society 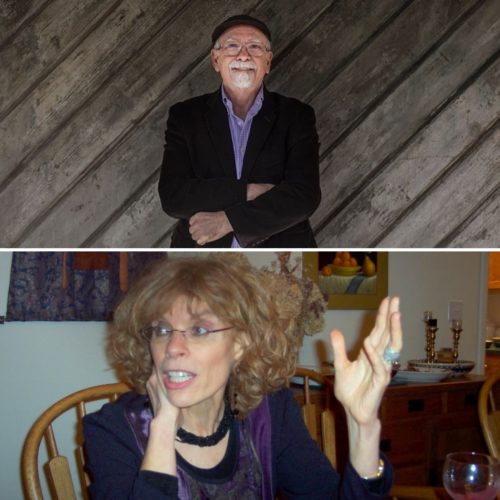 One of Karl Polanyi’s fundamental concepts is “the reality of society”, a term he used to capture his conviction that human beings are interdependent, social beings, who are ethically responsible for the impact of their actions on others. The reality of society is his challenge to the market fundamentalist belief that society is an aggregate of individuals, each of whom seeks to maximize his or her utility.  In the words of Margaret Thatcher, one of the most influential 20th-century market fundamentalists, “There is no such thing as society…”

The economist Jared Bernstein characterized this philosophical difference with two acronyms—YOYO and WITT. YOYO stands for “You’re on Your Own,” while WITT is “We’re in This Together.” YOYO’s radical individualism defines human freedom as based on absolute independence and autonomy, and explains inequalities in income and wealth by different levels of individual talent and energy. Any efforts to interfere with the system of market rewards are bound to have perverse consequences and destroy the market’s incentive structure.  WITT, on the other hand, affirms the reality of society: we are socially interconnected, responsible for each other, and we need to take responsibility collectively for the differences in well-being between the rich and the poor.

Over the last forty years in the United States YOYO has dominated, as billionaires and multi-millionaires have captured ever larger shares of society’s income and wealth. But COVID19, like all epidemics and pandemics, has challenged the reign of radical individualism and has the potential to teach us that we are all in this together. From its outbreak, public health officials explained that our obligation to our neighbors necessitates that we wash our hands repeatedly, practice social distancing, and sequester ourselves if we have symptoms. Whether or not one gets the disease has nothing to do with one’s personal worth and if we do get sick, our survival might well depend upon health care workers and the hospital facilities that exist to cope with such crises.

Most importantly, many of the poorly paid employees who we have been told deserve their low wages and dangerous working conditions suddenly became “essential workers” on whom everybody else depends.  The experience of delivery people, those who stock grocery store shelves, hospital janitors, farmworkers, the super-exploited and largely immigrant workers who toil in U.S. meat packing plants embodies the ambiguity of the new pandemic awareness: On the one hand, continuous with the cruel injustices of market fundamentalism, they are far more vulnerable to catch and die from the disease than more privileged workers who can work from home. But on the other, the pandemic also highlights that without their work, society would break down.

It is not a surprise then that pandemics have been accompanied by upsurges of social protest and social reform.  The Spanish Flu pandemic of 1918-1919 occurred alongside the greatest strike wave of world history.  And currently in the United States, while COVID-19 is still far from contained, the police murder of George Floyd in Minnesota has given rise to the largest mass protests that the country has seen since the 1960’s.

While it was police violence that got the protests started, people are in the streets to dismantle the systemic racism that has relegated black and brown people to second class status in education, jobs, housing, income, and wealth.   Moreover, polling indicates that large majorities of white people are supportive of the protests. The existing justifications for poverty and inequality ring hollow as the pandemic reveals the fundamental falsehoods of market fundamentalism and its YOYO ethic.  If we are, in fact, our neighbor’s keepers, why is it then that some people earn $7.25 an hour while Jeff Bezos and Mark Zuckerberg get something closer to $1 million an hour?  If we are in this together, why is there not some basic justice in who gets to live with basic rights and dignity?

Whether the COVID pandemic does set off a new period of social reform in the U.S. remains highly uncertain. The threat of a regressive and authoritarian regime designed to protect the interests of the wealthy remains very real.  As Polanyi understood, rediscovering the reality of society can lead either to social reform or to fascism.