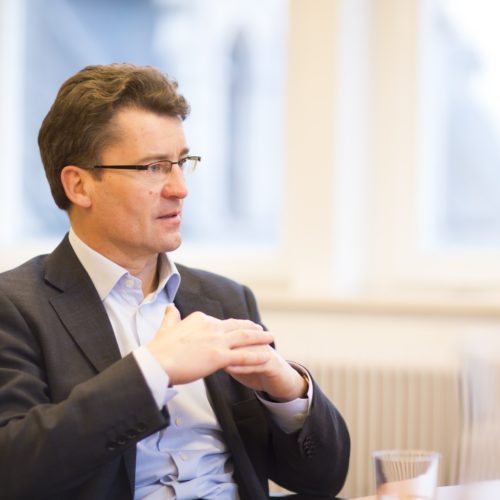 In the last months and weeks, intensive debates arose about work sharing measures such as short-time working and the rise of unemployment. They were sparked by the economic crisis triggered by measures against the COVID-19 pandemic, i.e. by governments’ decisions. As a consequence, governments might have been more willing to support negatively affected companies and workers than it would have been in case of a crisis merely caused by economic factors. It was nevertheless surprising to often hear ‘whatever it takes’ when it came to the costs of such measures.  The subtleties of debates and decision-making, however, come to the fore if we apply a Polanyian perspective of the double movement and the fictitious commodity of labour.

In many countries, the decades before the current crisis were characterised by a retrenchment of the welfare state and a withdrawal of workers’ social rights. On the labour market, this resulted in weaker securities in case of unemployment and increased pressure to take on jobs, i.e. a re-commodification of labour. In the situation of immediate crisis caused by the lockdown in March and April 2020, many governments were willing to avoid redundancies by offering state-subsidised short-time working schemes. In Austria, the funding of these followed the whatever-it-takes principle particularly explicitly. Yet, also other governments invested considerable means in such schemes.

Looking at the Austrian example in more detail, we can see a striking difference between the treatment of the unemployed and those workers whose jobs could be saved, at least for the time being, through short-time working. To negotiate the latter, the government had recourse to the social partners they had not included a great deal in policy making in recent years. The outcome was not only presented within two days, it was also generous with subsidised payments to workers of up to 90 percent of their previous net wage regardless of hours worked. But not all companies adopted the short-time working scheme and in particular in the tourist industry many immediately made their workers redundant. Those were faced with an unemployment benefit only reaching 55 percent of their net wage. Of course, discussions also arose on the need to increase the net replacement rate of the unemployment benefit but they came to nothing.

Two aspects of these debates are particularly noteworthy: First, the discussion on an increase in unemployment benefits gained momentum in a situation in which the unemployment numbers shot up and it was becoming tangible that the fate of the newly unemployed was not their fault. Before, redundancies were spread over time and not visible enough to challenge the neoliberal narrative of the generally not-deserving unemployed. Second, the right-wing populist and neoliberal governing party ÖVP successfully blocked any improvement for the unemployed. The prime minister explicitly justified this with the need of businesses to be able to recruit workers and, one could add, that higher unemployment benefits make it harder to sustain low-wage employment.

What this Austrian example shows is an interesting combination of de-commodification and sustained re-commodification along the lines of a segmented labour market. Where companies were prepared to subscribe to the short-time working scheme taking the risk of deferred payment of subsidies and having to refrain from redundancies during the scheme, workers were protected from the sudden market downturn. This applied to the primary labour market of rather secure employment. In contrast, the workers in the segments with higher-and-fire policies were exposed to the adversity of the market. Thus, the government did not wander off the long-term path of re-commodification of labour in spite of generously supporting workers who faced job-losses caused of the measures taken against the COVID-19 pandemic.