Brexit in the Valley of the crow 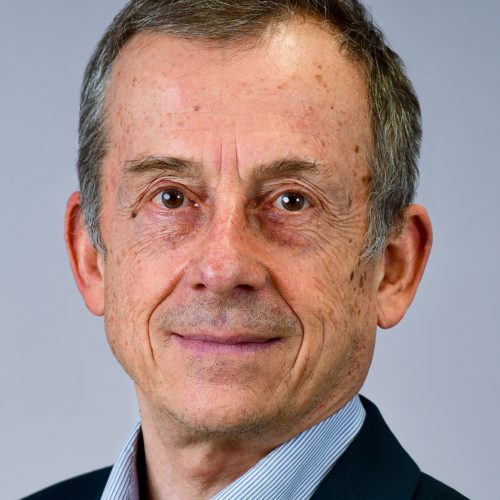 Students of economic anthropology are expected to be familiar with Karl Polanyi’s The Great Transformation. But it is a long book, and some will only digest the comparative ethnographic materials in Chapter 4. For natives of Great Britain, however, the entire book is a gold mine. Polanyi derived his abstract theory of the “double movement” from the empirical details of British economic history. After leaving Red Vienna, his Christian socialism deepened during his years in England, when he lectured to workers rendered unemployed by the Great Depression. Polanyi was well aware that such workers could be mobilized for reactionary countermovements, including “jingoism” in the late nineteenth century, and Fascism in the twentieth. The “populist” mobilizations of the early twenty-first century would not surprise him at all. He would explain them with reference to renewed (neoliberal) marketization. It has become clear that major changes in the political landscape correlate closely with the loss of jobs in sectors such as mining and manufacturing (even if new jobs appear in other sectors, notably services). This pattern is common to West Virginia and postsocialist Brandenburg, to North-East France and Csepel island, Budapest. It is also manifest in Britain, where declining, deindustrialized regions voted strongly for Brexit in 2016 and then for Boris Johnson’s Conservatives in the General Election of 2019.

When a Labour government decided after the Second World War to establish new towns in various locations around the United Kingdom, the main aim was to mitigate the consequences of earlier capitalist dislocation. Cwmbrân was an industrial village at the eastern edge of the South Wales coalfield, a region that had boomed for the best part of a century down to the 1920s, before everything fell apart during the Depression. The name means “valley of the crow” in Welsh. All of the place names in the valley of the Afon Llwd are recognizably Welsh, though the language disappeared some 200 years ago in the early throes of industrialization. In addition to coal, iron and steel, and later tin plate, formed the basis of strong nonconformist working-class communities. They demonstrated their political consciousness in the Chartist riots of 1839. In the twentieth century, like the rest of South Wales, Cwmbrân was a stronghold of the Labour Party (the Communist Party candidate also polled respectably until the 1970s).

The new town created around Cwmbrân (the only new town in Wales) provided jobs for a generation of newcomers, who found affordable rented housing in streets such as Shakespeare Road and Keats Close. During my childhood, the prosperity and security of the “Keynesian” era were reflected in the construction of a vast new shopping complex on a green field site. Nowadays this town centre still attracts shoppers from far and wide, but like the housing stock it was privatized in the decade of Margaret Thatcher. One by one, the large factories that had guaranteed employment closed down (like most of the nonconformist chapels). Formerly an exemplar of how interventionist policies can create and sustain community, Cwmbrân has been profoundly affected by neoliberal deindustrialization.

People used to joke that you could nominate a donkey to represent this valley and, if it had the endorsement of the Labour Party, it would be elected. When Harold Wilson called an election in 1966, local support for Labour was 77%. But in the election of December 2019, the Labour candidate (a graduate of Oxford University called Nicholas Thomas-Symonds) polled below 42%. Had a candidate of the Brexit Party not divided the anti-EU vote, a Conservative might have been elected. The election manifesto of which Jeremy Corbyn was so proud did not earn him much credibility in the valley of the crow. Scurrilous reporting in newspapers like The Sun and the Daily Mail resonated better as an anti-establishment countermovement than Labour’s educated cosmopolitanism. As Samuel Strong has shown in his study of the neighbouring valley of Blainau Gwent, EU membership has done nothing to improve the poverty statistics; non-productive investments decorated with the EU flag are emblematic of the disconnect.[1] Blaenau Gwent used to be represented in Westminster by Neil Kinnock, the last Labour Party leader of working-class origin (who was trounced at the polls by Margaret Thatcher in 1987, when the lurch to neoliberalism was already in full swing).