Commodification and Countermovements:
Portugal against the Trend 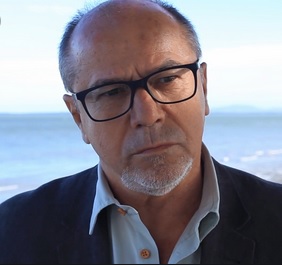 The dawn of the modern era and the industrial revolution showed that the triumph of economic rationality was based on the inseparable relationship between theory and practice. At the theoretical level, the economic field has become the center of disputes between different conceptions (on the one hand, liberalism, on the other, the mentors and critics of “political economy”, namely A. Smith and K. Marx), but the implications of this “Great Transformation” unfolded in two main lines of analysis: one focusing on the capitalist production relations and the class struggle (K. Marx), and another centered on the role of the market; each of them divided by critical or positivist approaches.

The so-called savage capitalism, inspired by the liberal doctrines of the economy, found in manufacturing and factory regimes in the 19th century its main antidote, that is, the workers’ movement. In fact, as K. Polanyi proclaimed, the “free market” law as a source of “self-regulation” was never more than a myth. Therefore, when society’s essential resources – such as land, labor and money – became commodities for the new capitalist market, society reacted: “Such an institution could not exist for any length of time without annihilating the human and natural substance of society; it would have physically destroyed man and transformed his surroundings into a wilderness”[1].

In other words, the excesses of mercantilism generated the opposite effect, allowing new progressive forces, namely the social struggles lead by the trade union movement. Without it the institutionalization of labor law and the regulation of markets would never have been possible. As we know, the entry into the new millennium brought about new phenomena, but those somehow convey similar logics. Again, the role of the market ideology became decisive. On the other hand, as in the past, countermovements forced to curb mercantilist deregulation. Again, the 21st century, crisis, austerity and individualism has not failed to provoke new waves of resistance.

The wreckage of social rights that we have witnessed in recent decades, particularly in Europe, were a result of the triumph of the new neoliberal ideology. This was the engine of the growing power of financial markets and the growing dominance of largest corporations over states and democratic institutions, aggravating social inequalities, labor rights and injustices. As a result, civil society was challenged to resist. However, despite the global scale of the economic and financial crisis of 2008-2009, its impact was felt differently due to the socio-economic asymmetries and institutional weaknesses of each country. The greater the peripheral economies the greater severity of the impact.

In the case of Portugal, the violent austerity during the recent international financial assistance by Troika (2011-2014) resulted in a huge social setback, particularly for the most vulnerable segments of the working and middle classes. On the other hand, the violence of the measures and the surrender of the right-wing government to the power of international creditors contributed to awaken the Portuguese from their lethargy.

Since March 2011, there has been a cycle of spontaneous social movements that, side by side with the organized strength of trade unionism, helped to defeat in November 2015 austerity policies, and contributed to the emergence of a new majority of the left (alliance between left-wing parties PS, PCP and BE). The path was opened for social policies that stopped and restored a large part of the cuts and reduction of rights imposed by the previous government. Thus, despite the persistent constraints imposed by the obligations imposed on Portugal, as a member of the EU, the country has remained on a progressive route, resisting the growth of the far-right. We do not know, however, until when.

Professor at the Faculty of Economics,
Researcher at the Centre for Social Studies
University of Coimbra
Portugal