Italy: New problems are not new 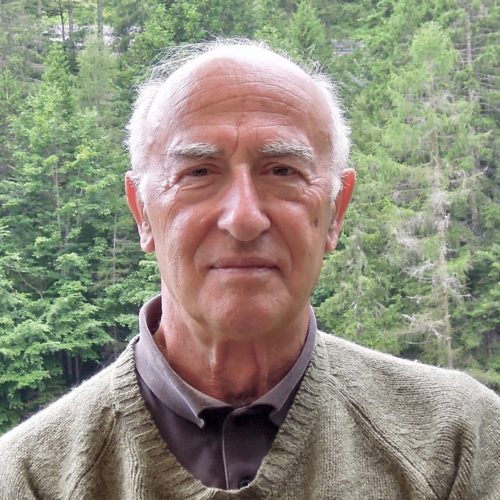 The emergency of the pandemic disease has given rise in Italy to worries, studies and debates, ranging from immediate to long-term issues, and from internal to European and global problems.

The particular case of the health care system can be a meaningful start point – even if here it won’t be possible to go much further. In the years 2010-2019 public health expenditure increased in Italy by 0,9% per year on average, with an average inflation of 1,07%. In 2018 the expenditure was 10% higher than in 2009, compared to an average of 37% in OECD countries. In those years, the planned increase in healthcare spending was cut by € 37billion. The turnover of doctors and nurses has been stopped or reduced in most Regions, since a spending cap was imposed on regional budgets. In 2017 hospital beds were 3.2 per 1,000 inhabitants, while the European Union average was 5 beds. In the same year, the 23.5% of total expenditure was ‘out of pocket’: the highest in the EU (16% average of the other member states). A growing number of Italians – 1/3 of the total, according to a recent esteem (Eurispes) – have to give up or postpone treatments; other get into debt for paying for them. Health care has been increasingly privatized. In the Region Lombardia, 40% of the total expenditure goes to private organizations, which are generally not prepared to face emergencies like the present pandemic, because this would require ‘unproductive’ investment. Generally speaking, the choices regarding which activities will be carried out follow criteria of economic rather than social convenience.

The Italian case of the evolution of the health care system meaningfully represents the economic, ideological and political results of the neoliberal transformation, which unsuccessfully attempted to escape the systemic crisis of capitalism. The reform of 1978 instituting the National Health Service (Servizio Sanitario Nazionale) was an outcome of the previous epoch, in which new rights of “social citizenship” (T.H. Marshall) were acquired. That reform attempted at a democratization grounded on two complementary principles. One was universalism: a general national system would provide health care for all citizens, independently of personal revenue. The other was the role in controlling and addressing the Service entrusted not only to the Ministry of Health, but also to local administrations, trade unions and patients’ associations. In fact, both efficiency and democracy were subsequently corroded. Interferences by the alliance between political and business interests were not amended by the increasing administrative and fiscal regional autonomy. Besides, regional differences widened.

Neoliberal strategies, politics and attitudes were bolstered by the conversion of former socialist parties and by the neoliberal frame of the European Union’s constitution. Peculiar national conditions made membership in the EU less favourable, and the crisis harder, for Italy than for other countries. There is, to begin with, the decay of Italian industry, caused by low investment in innovation, acquisitions by foreign investors, capital flight, delocalization, and privatization of state-owned industries, some of which had a leader position in the world. The political class has been more inclined to collusion with big and small corporative interests than capable of promoting a farsighted policy, addressed to innovation-driven growth, ecological conversion, education, research and welfare. A substantial reduction in tax evasion and elusion was never pursued.

Besides, governmental intervention has been limited by the constraint of the public debt, which slowly decreased after Italy’s entrance in the euro zone, but augmented with the crisis (the ratio to GNP was 134,5% at the end of 2018). This was also the result of counterproductive austerity measures, which contributed to depress production and to augment unemployment and inequality (Gini Index reached 0.334 in 2018, while the EU average was 0.31). For the current year, Fitch Ratings estimates a 9.5% drop in GDP for Italy – 8.2% for Europe. Austerity measures were imposed by the EU, and higher interest rates have been paid on the debt, in spite of a positive trade balance and 30 years of surplus of the primary budget balance.

Today’s news is the European Commission’s plan of a €750bn recovery fund, being a first attempt at instituting Eurobonds, that is, a common European debt, with the purpose of financing well-addressed investments. A taboo would thus be challenged, together with financial greed, provided that some ‘virtuous’ members of the Union, including those practicing fiscal dumping, will not continue to deny their consent.