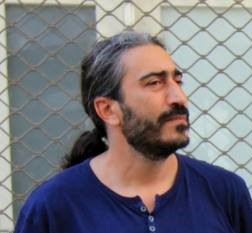 A decade after its outbreak, the crisis has left its mark in various dimensions on the society of the Republic of Cyprus. Quasi-monopoly conditions have been established in the banking sector as two major banks, a private one and the Cooperative Bank, were dissolved into the other two major private banks which now fully dominate retail banking. Employment in the public sector deteriorated for new recruits who no longer enjoy the wages, benefits and pensions that were in place a decade ago. Precarious work expanded in both the public and the private sectors affecting disproportionally new entrants to the labour market and social inequality has increased. Although collective bargaining has been somewhat decentralised and weakened there was no overhaul of the industrial relations system like in Greece. Also, while some privatisations did occur, the key services of electricity and telecommunications remain still largely in public hands despite the legislative and administrative measures undertaken to privatise them while the privatisation of the ports has backfired with business groups now complaining of the private monopoly established which drives prices up.

The Cyprus crisis was effectively a banking crisis which could not be resolved by the state spilling into the “real economy” and provoking recession, deterioration of state finances and causing initially a fiscal crisis and subsequently a sovereign debt crisis. The Troika intervention had two parts: a series of fiscal austerity measures involving public sector wage cuts and increases in taxation (primarily indirect) and a bail-in scheme in the banking sector whereby one private bank was split into two – the “bad section” liquidated and the “good section” merged into the other major private bank which was restructured. The restructuring involved the devaluation of its ownership base and the drawing of capital from depositors effectively changing its ownership pattern. Social policy was redesigned in line with neoliberal principles and active labour market policies were pursued. The fact that the Cyprus’ industrial relations system were already sufficiently liberalised, and the fact that the main issue was the banking system made the Troika less adamant to press for a comprehensive legislative change in employment field.

There were limited anti-austerity mobilisations and the political system was able to absorb social discontent. The politics of “good behaviour” followed by the elites as Polanyi termed it [1], was largely accepted by the citizens as well. However, during the peak of the crisis in March 2013, popular mobilisation was successful in forcing the political parties to block the first universal bail-in agreed in the Eurogroup meeting (all accounts, all banks) and forced a second Eurogroup meeting to decide a bail-in scheme restricted to the two problematic banks and the uninsured accounts. In those weeks opposition to the Eurozone peaked as measured in polls, however it subsided in the months ahead. The Left wing government in office during the crisis was severely discredited and the Right wing government under which the Memorandum of Understanding was signed was able to claim that it had no responsibility for it, while when growth returned a few years later it was even able to claim a success story. Overall the political system was discredited, trust dropped, and abstention rates grew but other than the strengthening of the far right, there was no significant upheaval – no overt shrinking of existing political parties and no emergence of new players.