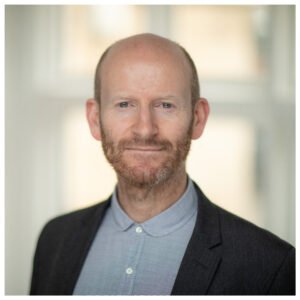 State responses to Covid-19 reveal important features of twenty-first century capitalism and offer some clues about its future. One standout characteristic is the enormous difference in the capacity of capitalist states to limit exposure to the vagaries of markets through decommodification. Divergences between countries in the Global North and Global South have been particularly pronounced, indicating the scale and durability of the spatial inequalities that have emerged through centuries of colonialism, imperialism, and capitalism. Take some headline measures introduced in Britain and Ecuador as illustrative examples. Whereas the right-wing Johnson government begrudgingly paid millions of workers between 60% and 80% of their monthly salary up to £2500 for several months, the right-wing Moreno government disbursed cash transfers of $60 and $120 to around one million low-income families (the minimum wage in Ecuador is $400 per month). Moreno also pledged to provide $500 to half a million workers who lost their jobs during the pandemic but failed to deliver on this promise before leaving office in May 2021 and the country shortly afterwards.

The British state response occurred in the context of a welfare regime that provides basic support for low-wage and unemployed workers, despite being hollowed-out through decades of neoliberal restructuring. Meanwhile, the Ecuadorian state response took place amid a highly truncated welfare system that provides protection for workers in the formal sector and small means-tested cash transfers to some informal and agricultural workers. The Moreno government could have provided much more generous and universal support – its decision to offer such devastatingly limited assistance was rooted in an ideological commitment to cutting public spending, slashing market regulation, and protecting the interests of domestic and global capital, as indicated by the multi-billion loan it agreed with the IMF before the pandemic. Yet its response was also shaped by Ecuador’s historic role as a primary exporter and the place the country occupies in a highly unequal capitalist world economy.

The chasm between the measures introduced by right-wing elite-dominated governments in Britain and Ecuador indicates the enormous difference in the decommodifying potential of capitalist states and the diverse geographies of decommodification in the early twenty-first century. But whatever the form and scale of decommodification measures introduced in response to Covid-19, they seem to have been primarily aimed at protecting rather than rupturing the commodifying logic of contemporary capitalism. The Johnson government, for example, took every opportunity to expand commodification while temporarily ramping up labour decommodification to unprecedented levels. This indicates the value of reading the double movement as a simultaneous dialectic process rather than a sequence of distinct phases, i.e., movement then countermovement, commodification then decommodification. The expansion of decommodification through the state during the pandemic is likely to support rather than disrupt processes of commodification and accumulation in the short-term. However, the contradictory forces of the double movement might lead to radical changes over the long-run as capitalism becomes increasingly unstable. Who knows, the twenty-first century might follow a similar path to the one that Polanyi identified in the twentieth century – ‘conservative twenties, revolutionary thirties’ – as attempts to maintain the neoliberal order eventually give way to political-economic transformation on a global scale.

Geoff Goodwin teaches at the London School of Economics and Political Science. His research focuses on the political economy of land and water in Ecuador and Colombia.
His latest article on Polanyian theory and analysis - 'Double Movements and Disembedded Economies: A Response to Richard Sandbrook' is forthcoming in Development and Change.