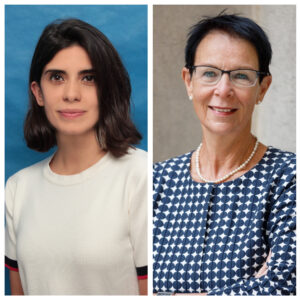 With the outbreak of the Covid-19 pandemic and the subsequent global health crisis, states and governments quickly stepped in to protect the national population and economies, reinforcing the impression that the state is now back (Stephens 2021). From a feminist perspective, this claim can be reciprocated in two ways. First, the state has never been gone and continues to play, though in altered ways under neoliberalism, a key role in shaping the material and symbolic conditions of how societies reproduce themselves. Second, the state’s relative comeback in terms of increased government spending is likely to exacerbate rather than dismantle existing intersectional inequalities due to historical and institutional path dependencies. The return of the state might therefore not be seen as a movement to protect the society in a Polanyian sense (Polanyi 2001). These two points can be demonstrated based on the example of live-in care workers in Austria during the pandemic, as the following observations speak to structural patterns beyond the Austrian context.

The transition from the Fordist male-breadwinner to the post-Fordist dual-earner family model has altered the modes and regimes of social reproduction in the societies of the Global North. This has led to the expansion of public care infrastructure (e.g., public childcare) as well as to the commodification of care (e.g., private nursing homes) while most care work continues to be done in the private households by familialized women and increasingly by migrant care workers. States have played an active role in the formation of “global care chains” (Hochschild 2000) and the formalization of “care extractivism” (Wichterich 2016) and thus in the emergence of the “migrant-in-a-family” care model (Aulenbacher, Bachinger, Décieux 2015) to “fix” (Dowling 2021) the intensifying structural care crisis. In Austria, this model was formalized with the 2007 Home Care Act (Hausbetreuungsgesetz) which both draws on and reproduces existing gender, race, and class inequalities as demonstrated by the following figures. There are more than 60,000 live-in care workers in Austria. More than 92 percent of them are female, more than 98 percent are migrants, mainly from East European countries such as Romania and Slovakia, and their wages are below the minimum wage (Amnesty International 2021).

The Austrian government sought to maintain this notoriously precarious mode of caring during the pandemic. Some local governments organized charter flights and night trains to facilitate transnational mobility for care workers despite border closure in 2020 while the federal government introduced a “one-time, tax-free bonus of 500 Euros for live-in carers who extended their rotas for at least four weeks” (Leiblfinger et al. 2020, 145) which has added to the workload and psychological and emotional burden of care workers (ibid.). We thus observe a continuity and consolidation rather than a disruption in the way the state has steered and secured social reproduction at the expense of feminized and racialized individuals from poorer countries and households during the pandemic.

While increased government spending brought a relative state comeback for some workers and sectors during the Covid-19 crisis, feminized and racialized workers in precarious and informalized sectors could not benefit from state assistance and protection to the same extent due to preexisting inequalities and institutional path dependencies. As a “one-person company”, live-in care workers were technically eligible for the “hardship fund” (Härtefallfonds) issued by the Austrian government to relieve the self-employed and small companies during the pandemic (Sagmeister and Matei 2021). However, since most live-in care workers’ annual income remained below the 11,000 Euros tax allowance threshold, and they did not have an Austrian tax number or bank account, they could not take advantage of the fund. The government systematically missed the most precarious workers and exacerbated existing intersectional inequalities. Only after the intervention of the Interest Group of 24-Hour Carers (Interessensgemeinschaft der 24-Stunden-Betreuer_innen, IG24) did the government agree that the payments from the hardship fund could be made to European bank accounts outside of Austria (IG24 2021).

These observations suggest that, first, the state has not simply (re-)started but rather continued to actively shape the relations of social reproduction and care during the pandemic and, second, did so by drawing on existing forms of gender, race, and class inequalities to accommodate the care needs of white middle-classes. It is only by looking at such institutionally marginalized policy areas (compared to privileged policy areas such as public health and “the economy”) during the pandemic that we may capture the fact that the state has never really been gone and that its relative comeback in times of a crisis may not always be good news for those who will carry the brunt of its careless policies.

Ayse Dursun is a postdoctoral researcher at the Department of Political Science at the University of Vienna and a researcher in the research group GAPS (Gender, Affect, Politics, State).

Verena Kettner works at the Institute of Political Science at the University of Vienna as a Junior Researcher since September 2019.

Birgit Sauer is a Professor of Political Science at the Faculty of Social Sciences at the University of Vienna. She is vice spokesperson of the Research Platform GAIN (Gender: Ambivalent In_Visibilities). Covid in the UK
Debate on Covid-19 State Responses Covid in the UK 29th of December, 2021 Beverley Skeggs Chaos, carnage and corruption exemplify