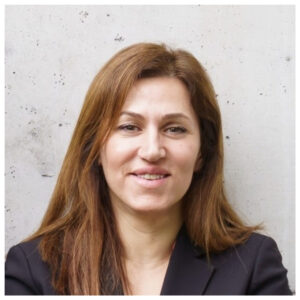 Karl Polanyi shared the liberals’ view that late-19th century’s laws about labour, social insurance, trade, health services, public utilities, tariffs etc., were indeed “protracting business depressions, aggravating unemployment, deepening financial slumps, diminishing trade, and damaging severely the self-regulating mechanism of the market”[1]. But this “protectionist movement”, as Polanyi described it, was not part of a statist “antiliberal conspiracy”, as liberals thought. It was due to what he called “objective reasons of a stringent nature”[2] to assist the reproduction of capitalism that was never capable to simply maintain itself and always necessitated a strong state on its side, even more so in times of crises.

The pandemic is the fourth “global crisis” of the 21st century after September 11 2001, the financial crisis in 2008, and the refugee crisis in 2015. Because lockdowns caused a deep recession, “objective reasons of a stringent nature” emerged again, necessitating such state interventions as bailouts (e.g. of airlines companies), temporary transfers (e.g. to workers who lost their jobs), and tax and rent reductions (e.g. to closed businesses). Emmanuel Macron’s approach that governments ought to save the economy “whatever the cost”[3] dominated, reminiscent of the monetary policy approach of former ECB president Mario Draghi, who stated he would do “whatever it takes” in 2012 to preserve the Eurozone. As a response to the pandemic, the ECB provided monetary support to member states with the “Pandemic Emergency Purchase Programme” and the “Next Generation EU”, which, according to the European Commission, is “the largest stimulus package ever financed in Europe”[4]. Following Polanyi, it can be argued that these costly interventions do not aim to challenge neoliberal globalization but restore it after the pandemic ends.

What came intensively to the fore during the pandemic are the effects on public healthcare of decades of neoliberalization, budgets cuts, austerity and the constantly increasing share of the private sector in provisioning healthcare services. Although the pandemic gave rise to social expectations of a stronger public healthcare system, the plans for further privatisation of healthcare are not really interrupted. Although the need for a broader welfare state became obvious, it was rather the police and the surveillance state that were strengthened by means of new technologies as a response to Covid-19. Although the pandemic’s crisis management was the outcome of the interlocking of international health organisations, state institutions, pharmaceutical companies, global financial institutions, and the police, it was “individual responsibility” that was promoted as the most fundamental factor for the success of policies against Covid-19. Although “essential” workers and social carers were often praised by officials for the services they provided, their wages and working conditions hardly improved.

Thus, concerns are justified that public spending in 2020 and 2021 may lead to new rounds of austerity measures in the near future. Given that counter-movements to austerity and liberalization in the financial crisis of the 2010s were oppressed and their demands put aside, it is likely that the pandemic’s outcomes in the post-Covid era are again offloaded to working classes, resulting in new forms of precarisation, insecurity, and pauperisation. Whether and how this offloading can be realized or averted is again subjected to the society’s efforts to defend itself, to the “double movement” and class struggle.

Maria Markantonatou is an Assistant professor at the Department of Sociology, University of the Aegean (Lesvos, Greece) and a board member of the IKPS.