Making Global Property:
Covid-19, the Blockchain, and the Role of the State 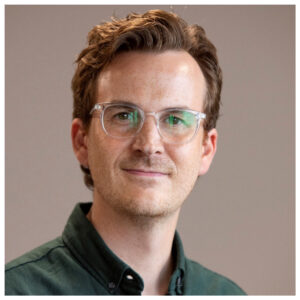 In recent years there has been a resurgence of literature suggesting that capitalism is moving toward a ‘new feudalism’, with significant weight given to the transformative role of large technology firms and the rise of the platform economy.[1] That there is renewed discourse about feudalism is not surprising. If what is emerging is not capitalism, but something worse as Mackenzie Wark argues,[2] it makes sense that feudalism might once again reignite our imaginations, given that feudal society represents the negation of those civil and political rights that have long constituted most national capitalisms.

At the root of many of these discussions are longstanding questions about ownership. These questions are especially pronounced in the universe of the blockchain, whose capacity to track and transfer varying forms of private property (money, data, identity) across national jurisdictions has led many supporters to believe it will solve many of the crises facing humanity today.

In a similar vein as to how Karl Polanyi looked backwards to understand the nature of his own time,[3] I too suggest that we might want to look back to the emergence of capitalism to better understand our own epoch. If the making of capitalism involved the rise, and eventual dominance, of private property relationships alongside the centralization of territory and rights under the authority of the nation-state, then what might this current transformation of property relations be making?

Similarities to the emergence of capitalism abound. Many blockchain supporters, for instance, echo the calls for freedom, justice, and liberty that were part of the making of capitalism. Today, however, these calls refer to the ability to protect one’s private property across the territory of multiple states without government intervention. And just as capitalism could not be made without the work of state-employed jurists to create and apply new legal rules about contracts, property, and procedure, so too do we see efforts to transform the regulation of blockchain-based activities, often supported by civil servants from the blockchain universe.[4] And similar to how the Black Death hastened the pace of monetization, so too is the blockchain offered as a means of tracking vaccine supply chains and securing vaccination status cards—all while the adoption and price of the major cryptocurrencies has skyrocketed. As crypto-economic activity increases in use, there will be continued pressure to transform existing national property regimes, and thus, the role and nature of the nation-state: what rights it enforces, where those rights apply, and what authority enforces them—and ultimately, who benefits.

[1] There are numerous examples, but a few prominent ones are: Dean, J. (2020a). Communism or Neo-Feudalism? New Political Science, 42(1), 1–17; Dean, J. (2020b, May 12). Neofeudalism: The End of Capitalism? Los Angeles Review of Books. https://www.lareviewofbooks.org/article/neofeudalism-the-end-of-capitalism/; Fairfield, J. A. T. (2017, September 6). Silicon Valley and the new feudalism: Why the “Internet of Things” marks a return to the Middle Ages. Newsweek. https://www.newsweek.com/silicon-valley-private-property-and-new-feudalism-why-internet-things-marks-660102; Giridharadas, A. (2018). Winners take all: The elite charade of changing the world. Knopf Doubleday Publishing Group; Kotkin, J. (2020). The coming of neo-feudalism: A warning to the global middle class. Encounter Books; Morozov, E. (2016, April 24). Welcome to the new feudalism—with Silicon Valley as our over-lords. The Guardian. https://www.theguardian.com/commentisfree/2016/apr/24/the-new-feudalism-silicon-valley-overlords-advertising-necessary-evil; Varoufakis, Y. (2021, June 28). Techno-feudalism is taking over. Project Syndicate. https://www.project-syndicate.org/commentary/techno-feudalism-replacing-market-capitalism-by-yanis-varoufakis-2021-06.

[4] Some examples being the former head of the US Office of the Comptroller of the Currency, Brian Brooks, who was previously Coinbase’s Chief Legal Officer, or Gary Gensler, the current Chairman of the SEC who previously taught courses on the blockchain.

Joel Z. Garrod is an Assistant Professor in Sociology at St. Francis Xavier University. His research focuses on the relationship between globalization, neoliberalism, corporate power, and the transformation of the nation-state. His research has been published in Economy & Society, Studies in Political Economy, and Science & Society