Covid in the UK 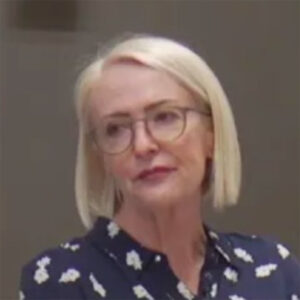 Chaos, carnage and corruption exemplify the English government’s response to Covid-19. Even the government’s own joint health and social care and science and technology committees denounced their own government’s response as ‘one of the most important public health failures ever’. One of the major failures was due to nine days of bumbling and procrastination at the beginning of the pandemic which allowed the virus to flourish. And it’s happening again. Such malevolent neglect is a clear revelation that the government really does not care and refuses to take responsibility for anything other than lining their own class pockets and that of their party to enable them to build kleptocracy into the future. Establishing a VIP lane to issue PPE contracts to incompetent friends and funders who were highly unlikely to deliver was an act of supreme sleaze and callous disregard. They really didn’t let the crisis go to waste, instead they capitalised on it, repeating the historical legacies of necrospeculation and thanatocracy perfected over centuries by English colonial government.

We have witnessed a staggering lack of care and concern by government throughout the pandemic. The social contract already weakened through austerity is now truly broken. Three major factors shaped the English government’s response: firstly, corporate state capture which after decades of neoliberal deregulation has enabled the political sphere to be opened-up to direct business involvement with over a third of government spending contracted out and the current government dominated by people who are economic libertarians for whom politics is a mechanism for redistribution of wealth to their class. There is not just a ‘revolving door’ of ex-lobbyists currently inhabiting government but also a mutual gifting: government contracts for party political donations, an attempt to build a gift that just keeps giving. In this ‘pigs at the trough politics’ the push back of social protection disappears, regulation is not fit for purpose and public criticism disregarded. The political control of the BBC through the constant threat of corporate capture has produced craven compliance.

The second connected factor that made the UK ‘world beating’ (taken from the Brexit campaigning) at infection, contagion and death rates was Brexit. When Covid-19 hit the UK over 25,000 civil servants were absorbed in the quagmire of Brexit policies. Their energies were displaced. Incompetent leadership plus distracted government led to chaos and carnage. The third factor was also connected to corporate capture of the health and social care sectors: the financialisation of elderly care providers which had produced depleted provision prior to the pandemic turned out to be deadly. Likewise, the privatisation of hospital provision had led to one of the lowest ICU bed capacity rates in Europe: 7.3 per 100,000 compared to 33.8 in Germany. The outsourcing, corporate capture, of both government and social protections, spelled doom, as Polanyi would predict. Destruction of social protections was accompanied by an extreme form of Foucauldian ‘responsibilisation’ whereby protection from Covid-19 became an individual’s responsibility. For many individuals a spurious libertarian idea of “freedom” meant freedom to die and kill others. And as I write this it is happening all over again. The reckless opportunists continue to refuse responsibility and become even richer as a result. The devastation has been released, the question now is, from where is the dialectical response to it likely to come?

Beverley Skeggs is Professor of Sociology at Lancaster University. She published Formations of Class and Gender; Class, Self, Culture; Sexuality and the Politics of Violence and Audience, Performance, Value. She is also the Chief Executive of The Sociological Review Foundation.

Read the other essays on Covid-19 State responses here: