a new world order is emerging 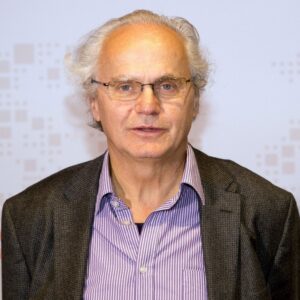 “Of all the great changes witnessed by our generation, none
may prove more incisive than that which is transforming
the organisation of international life.”

In Karl Polanyi’s eyes, at the end of WWII the world faced the alternative between “regional systems coexisting side by side” (Polanyi 2018: 232) or “universal capitalism.” Initially, things turned out differently. Between 1945 and 1991, a bipolar world system dominated. Only with the dissolution of the Soviet Union could a universal capitalism of neoliberal “hyperglobalization” (Rodrik 2012) under the unilateral hegemony of the United States prevail.

After three decades, this “rules-based order” of universal capitalism under the auspices of the U.S. as the world’s policeman is coming to an end. There were omens for this: The global financial crisis that had originated in the U.S. had led the world economy to the abyss, from which only the concerted action of the G20 provided an escape. The rise of China and other countries of the global South permanently shifted the global balance of economic power. Russia cautiously began to counter NATO’s westward expansion with its own agenda starting in 2008. Various outside powers intervened simultaneously and against each other in the civil wars over Syria, Libya, or Yemen.

In 2017, however, developments gathered momentum. President Trump denounced the readiness for global leadership with the slogan “America first.” This was followed by the withdrawal from the painstakingly negotiated Iran agreement and the declaration of open technological and economic warfare by the U.S. against China with the Huawei causa. The pandemic revealed the vulnerability of the globalized world economy to such crises. The panic flight of the Western military alliance from Afghanistan was hardly over when Russia launched a large-scale military attack on Ukraine in February 2022. In contrast to widespread assumption, this hot war does not change everything, but highlights all the changes in the glare of the sharpest confrontation and accelerates in a dramatic way the upheavals in the world order that are already underway.

In one of his last more extensive elaborations under the title “For a New West” from 1958, Polanyi outlines the vision of a “circumscribed, reduced West” which “is both a concentrated and radical West and an adjusted, tolerant West” (Polanyi 2014: 32). For him this was a West that had passed through the contradictions of modernity, claiming” to a way of life of universal validity” (ibid.). But it would lack the partner for a dialogue at this time. Now, sixty years later, the partners are there, who passed through the contradictions of modernity in their own way, but as colonies and semicolonies, as pariahs of the Western imperial world. Now they are gaining their own special “way of life of universal validity” (ibid.). Under these conditions Polanyi’s vision in the “The Great Transformation” may come true: “Out of the ruins of the Old World, cornerstones of the New can be seen to emerge: economic collaboration of governments and the liberty to organize national life at will.“ (Polanyi 2001: 262)

A new world order is under way with different ways of life. It is still open whether all the power, energy and imagination of the ruling forces will lead to nothing but an age of catastrophism and barbarism. The hubris of the U.S. and its allies on the one hand and fateful chauvinist counterattacks may lead to endless wars and a standstill in all the fields of necessary global cooperation. What will happen will also depend on whether Karl Polanyi’s vision of 1945 will come true or not – the vision of politically controlled large regions that are able to shape their relations to each other peacefully and cooperatively on the basis of common security and development.

For the shaping of a new and sufficiently peaceful and solidary world order, Polanyi formulated two important insights in the middle of WWII, which can be recalled: (1) „As in every previous phase in the history of Western civilization external influences form the decisive factor in the development of national life. The survival of democracy depends upon the measure of its success in tackling the global tasks of the time.” (Polanyi 2017: 80) (2) “The regulated economy allows cooperation in freedom i.e., irrespective of internal regimes. All except the predatory empire are acceptable. The tame empire is no longer a utopia.” (ibid.)

Prof. Dr. habil. Michael Brie, is chairman of the Scientific Advisory Board of the Rosa Luxemburg foundation. He has studied philosophy in Leningrad and Berlin and was managing director of the Rosa Luxemburg foundation. His research fields are the theory and history of socialism and communism and the theory and practice of socioecological transformation. He is recent author of Rediscovering Lenin. Dialectics of Revolution & Metaphysics of Domination (Palgrave 2019), and together with Jörn Schütrumpf of Rosa Luxemburg. A Revolutionary Marxist at the Limits of Marxism (Palgrave 2021). He is chief editor of the series Contribution to Critical Transformation Research (VSA, Hamburg). Together with Claus Thomasberger he edited Karl Polanyi’s Vision of a Socialist Transformation (Black Rose Books, Montreal).