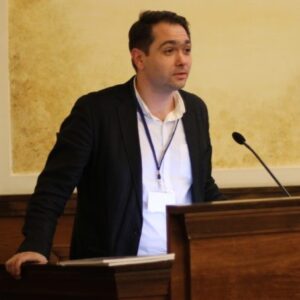 Critics of John Mearsheimer’s realist analysis of the broader causes that led to the war in Ukraine point to the cynicism of his interpretation. Great power rivalry, and the quest to maintain control over their spheres of influence, allows little room, if any, to other states to express their self-interest and self-determination. By accepting that Ukraine’s NATO membership would represent a “mortal danger” to the interests of the Russian state, the realist view seems to disregard what the Ukrainians really want. The freedom of states to chart their own policies is enshrined in the international law, the liberal proponents argue.

Some strands of leftist thinking subscribed to Mearsheimer’s view, despite his overall conservatism. This was so because the realist framework offered a longer historical perspective of the conflict in Ukraine and identified the US-led NATO expansion in the post-Soviet and post-socialist world as the chief culprit. Hence Russian “regional” imperialism could be folded into the global American one and thus criticized together. However, this theoretical maneuver rendered the leftist segments that subscribed to it prone to accusations of whataboutery and insensitivity to the immediate Ukrainian plight. The further fragmentation of the international left around the proper analysis of the Ukrainian situation has been one of the theoretical collateral damages of this war so far.

This is where, I believe, Karl Polanyi’s inchoate international relations theory might offer a more fruitful perspective. Gareth Dale outlined Polanyi’s transition in the interwar period from Wilsonian liberalism to more realist positions, while grappling with questions of Soviet planning and Nazi aggression[1]. Polanyi developed a criticism of both the cynical reason of realism and the inherent idealism of liberalism. He introduced the notion of international moralism by which he envisaged the congruence between national interests and universal interests. While recognizing the right of every country to develop a sui generis foreign policy in accordance to its real and perceived national interests, each such policy should also take into account the interests of other countries in order not to offend them. Foreign policy options do not happen in a void but are necessarily linked to the international order. “Good” foreign policy for Polanyi is the capacity of countries to define their national interests so that they relate and even overlap with the interests of others. Crucially, moreover, for Polanyi the question of war and peace is profoundly linked to the right definition of national interests. When such interests are defined antagonistically and with disregard to the concerns of other countries, war is more likely to ensue.

From this Polanyian perspective that supplants realism’s focus on relations of power with a moral dimension that focuses on international order, it becomes clear that the Eastern expansion of NATO had a destabilizing effect and set up the balance of forces towards war rather than peace. A return to Polanyi’s international moralism as a way of calibrating national interests with universal ones is, perhaps, the way to restore it.

Florin Poenaru is a lecturer in Sociology and Anthropology in the Department of Sociology and Social Work, University of Bucharest. He has a PhD in social anthropology from Central European University, Budapest and was a Fulbright Visiting Scholar to City University of New York. He works on issues related to class, post-socialism and global history of Eastern Europe and teaches classes on contemporary theories in sociology and anthropology.