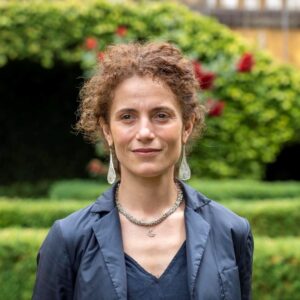 Since the start of the dreadful Ukrainian invasion, the public discussion about pacifism has been latent being rather replaced by the common idea that peace could be adequately preserved through adequate responses. Most focus has been given to the classical controversial concept of “just war”, looking for a legal basis that could justify the European choice to dispatch military equipment to Ukraine – whether it be Article 51 UN Charter. This recalls to memory the well-known scientific debate between Hans Kelsen and Carl Schmitt on the admissibility of the war only as lawful sanction, on the one hand, and the necessity of the war to face contingency, on the other hand. However, neither of these options, certainly not the Schmittian one, but neither the Kelsenian’s one advocating for pacifism through law, embraces a more radical alternative of non-violence. Polany’s reading is interesting in this respect as it offers a paradigmatic refusal of the idea of war. The dichotomy is radical, not in terms of “un-lawful war/just war”, rather in terms of “pacifism/war”.

In the essays The roots of pacifism (not dated) and The meaning of peace (1938) Polanyi draws a theory of pacifism that is theoretically rooted into the moral rejection of war.

The possibility of inequality among states is not taken into account as a political option (contingency). Conversely, the acceptable contingent status of international actors is the inherent possibility to co-exist, otherwise – Polanyi contends – civilization is going to peril. The abolition of  war is the prior task for society but it postulates a new foundation of politics: the constant fight against the institution of war does not depend on human emotions, but it tragically addresses the need to solve the uncertainty of territorial boundaries.

The thesis is groundbreaking as it does not simply mean that the international order should be based on the refusal of war, but on the achievement of institutional requirements that reject the need of war to pursue certain objectives.

Polanyi warns about the fact that both the material and political forms of human existence have a worldwide scale. Peace can be achieved throughout two alternatives: either a world empire ruled by conquest and subjection, or a world league ruled by international cooperation.

It would be important in the European debate to re-center the Polanyian legacy at the core of the pacifist challenge as it portraits an utilitarian idea of pacifism for the international order. Against the pacifistic deceit – supporting the abolition of war only based on the assumption that the war does not fulfill any vital tasks – this means that war cannot represent a precondition for the survival of a political community. If a state is destined to collapse in a situation of invasion or conflict unless resorting to war, we then must abolish the necessity of war as precondition for state’s survival.

In the case of defensive warfare, this alternative is brave because global interdependency tends to eradicate the possibility of non-competitive and non-reciprocal behaviors.

Mariavittoria Catanzariti is a Research Associate at the Robert Shuman Centre for Advanced Studies (EUI) and Adjunct Professor of Law & Ethics of Innovation & Sustainability at LUISS University. Barrister at law since 2010, she obtained a PhD in European Law in 2011 from Roma Tre University and the Italian Scientific Qualification as Associate Professor in Legal Sociology in 2018.