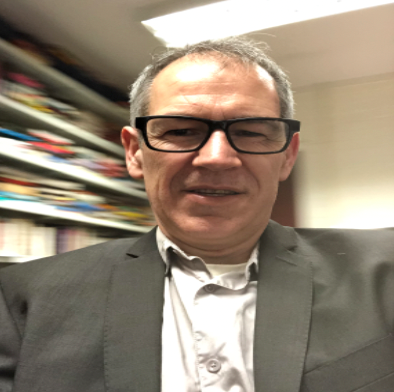 In this note on Polanyi and Russia’s war in Ukraine, I suggest that although Polanyi’s critique of the ‘self-regulating’ market system speaks to aspects of the two nations’ collapse in the 1990s, to grasp the context of this war requires a theory of imperialism which he lacked.

In Polanyi’s account, from 1815 to 1914 a ‘long peace’ reigned among the great powers, thanks to pressure from haute finance. In the late nineteenth century, however, shifting alliances gave way to entrenched blocs, undermining the ability of haute finance to mediate. Meanwhile, global market expansion and the gold standard were breeding “disruptive strains,” in the form of protectionism, class struggle, nationalism and imperialism. These undermined the market system, transposing its instabilities onto the geopolitical plane.

In the ensuing conflagration of 1914-18, empires collapsed, ‘liberal civilisation’ imploded, and the Soviet Union was born. Polanyi’s politics took a guild-socialist swerve, yet his stance on world order remained left-liberal. He applauded Woodrow Wilson’s exploits in geopolitical engineering, hailing him as a high-minded helmsman of the “pacifist” cause in opposition to the archaic “militarism” of aristocratic elites who turned trade into a tool of aggression. Toward the president’s own archaisms—his WASP supremacism, imperialist warmongering, etc—he turned a blind eye.

In the mid-1920s when guild socialism fragmented, most of its supporters, including Polanyi, migrated toward variants of left social democracy. Soviet communism was transmogrifying from the radical-democratic internationalism of 1917-22 to the autocratic étatisme and Great Russian chauvinism of the Stalinist period. Following the Bolshevik revolution, as Vladimir Putin recently reminded us, Ukraine briefly gained independence before its subsumption within the USSR, the terms of which were initially egalitarian, then oppressive. Stalin’s counter-revolution smashed into Ukraine on several fronts, notably the reversal of Ukrainisation policies and the peculiarly brutal consequences of agricultural collectivisation. Its violence is etched in Ukraine’s sharply lower population growth compared to 1930s Russia.

Polanyi’s interwar writings are admirable in their prescient identification of the sharp disjuncture between communist politics as practised under Lenin vis-à-vis Stalin, but not in his preference for the latter. During the Moscow Show Trials he swallowed the Stalinist newspeak, including the claim—still in vogue today—that the Kremlin’s opponents are all fascists. He condemned the former Bolshevik leaders in the dock, not least for their opposition to what he called, with reference to ‘socialism in one country’, Stalin’s “realist departure.” Realism, here, conveys his preference for Stalin’s state-building strategy over the class- and movement-oriented alternatives, but it was also bound up with his partial embrace of IR realism. From support for Stalin’s state-building project flowed acceptance of the hard facts of the contemporary states system, including the legitimacy of the spheres of influence to which the great powers consider themselves entitled.

His Hungarian Heimat apart, Polanyi’s affections were invariably toward big states and empires. In the 1930s, Russia remained a favourite, and his partiality to the USA blossomed; there was nothing necessarily imperialist about either state, he fondly believed. Throughout, he maintained that small states should cease demanding the sort of sovereignty that the great powers enjoyed. Ideally, they would federate, allowing the trend toward big polities to coexist with cultural rights for small nations. World order should be based on “Tame Empires”: large blocs dominated by major states and federations. A tame-imperial order offered a means of transcending “international anarchy”, and would allow the USSR to prosper.

It should have been obvious since the Winter War (which, incidentally, displays parallels to Russia’s recent invasion of Ukraine), if not before, that the Soviet empire was not ‘tame.’ For Polanyi, the penny eventually dropped during the Hungarian revolution of 1956. Resistance was led by the “eruptive force” of the working class, whose “heroic” intervention, in the form of mass strikes, street fighting, and workers’ councils, formed the heart of the rising. It was not primarily nationalistic or liberal in temper but, he thought, socialist and narodnik and heralded a rejuvenation of Marxism. The latter indeed came about, in the shape of a New Left which, with Polanyi on board, was critical of Stalinism, and opposed NATO and the Warsaw Pact.

If we can draw inspiration from this story, it is above all in the 1956 moment. Learning from working people involved in radical-democratic struggle, Polanyi moved beyond his previous state-supporting positions, which had veered from Wilsonian liberalism to pro-Soviet realism. He came to see that Moscow’s relationship to Hungary was one of domination and that the 1956 uprising pointed to a politics beyond the existing, hierarchical and oppressive, world system.

What remained absent in his work, however, was a theory of imperialism. He spoke of imperialist phases and policies, e.g. “American free trade imperialism,” but without exploring imperialism as a systemic totality, i.e. a hierarchical world system in which economic and geopolitical rivalries fuse. And while his core economic concepts—fictitious commodities, embeddedness, habitation/improvement, mechanisms of distribution—cast light on aspects of modern capitalism, without a concept of capital they fail to capture its compulsive dynamism or its systemic relationship to imperialist order.

Gareth Dale teaches politics at Brunel University. He has written and co-edited several books on Eastern Europe, published by Pluto and Routledge, and on Karl Polanyi, published by Columbia UP, Polity, Pluto, Manchester UP, and Agenda.