a war for nato, gas, or putin? 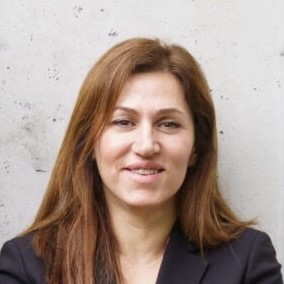 To the question what can we draw from Polanyi’s analyses for the current war in Ukraine, three points can be made:

First, Polanyi viewed the interwar crisis as the result of a conflict between liberalism, fascism, and socialism, which were not closed mental schemes but actual political forces in conflictual interaction. In 1940 he referred to the “external pressure” of fascism on Russia. In Russia, according to Polanyi, “the democratic tendency succumbed in the long run to the totalitarian trend. This was due primarily to the overwhelming force of fascism under the external pressure of which Russia… changed from a potential democracy into a despotic totalitarian state”[1]. Today’s Russian aggression is not unrelated to NATO’s policies of eastwards enlargement. In her book “Not One Inch: America, Russia, and the Making of Post–Cold War Stalemate”, Sarotte notes that critics of the American foreign policy argued already since the mid-1990s that NATO’s expansion was “humiliating Moscow, and undermining arms control”[2]. Sanders argues that the US still operates under the Monroe Doctrine and would perhaps act aggressively “if, for example, Mexico was to form a military alliance with a U.S. adversary”[3]. NATO’s expansionism, regardless if it poses a real or symbolical threat to Russia, paved the way for the imperialist invasion to Ukraine, together with such factors as the treatment of Russia as a rogue state by the American political establishment, a language and political symbolism reminiscent of the Cold War, and the refusal of the US to provide security guarantees before the war[4].

Second, Polanyi criticized instrumental “crude class theory”, as he called it, which explained imperialism “as a capitalist conspiracy to induce governments to launch wars in the interests of big business” and presented war “to be caused by [sectional] interests in combination with armament firms who miraculously gained the capacity to drive whole nations into fatal policies”[5]. Long-lasting tensions over the gas transportation systems, Russian interests in the Black Sea’s energy resources and trade opportunities, and Ukraine’s chances to compete Russian gas and oil exports to the EU[6], constitute the war’s background. However, following Polanyi, the ongoing war between the two capitalist countries cannot be reduced to economic causes alone. Given the high costs of the war and the sanctions, the specific form and roots of Russian nationalism and imperialism must be closer studied.

Third, contrary to psychological interpretations of war (similar to those attributing today’s war to Putin’s personality), Polanyi, in the writings where he shares some premises of political realism, conceptualizes war as “an institution” aiming “to decide on issues that arise from various territorial groupings…, and that cannot remain in abeyance without endangering the existence of the communities concerned”. Polanyi also argues that “states can exist only within definite boundaries” and that “failing peaceful agreement, war is unavoidable”[7]. Today, this dimension, or the fact that “the key to peace lies in policy”[8], seem to get lost in the way war is presented by Western political elites, liberal EU-leaders, representatives of the US military-industrial complex, and the global monopolies of information, whose discourses dominate. The war is named “Putin’s war” and the emphasis is placed on the necessity of sanctions and his demonization, rather than on the reasons why exactly the Minsk agreements failed, and how can the civil war and tensions in the border areas be resolved.

Up to now, the situation seems to benefit the US, which, therefore, has interests in the continuation of the conflict with Russia. There are economic gains for the American gas industry, as in March 2022, it was agreed during the emergency meetings of NATO, the G7 and the European Council that the EU will increase imports of liquified natural gas (LNG) from the US to reduce Europe’s dependency on Russian energy[9]. The war has also provided the US with the opportunity to regain a hegemonic role as the main player that represents “the West”, which now appears united in its condemnation of Russia. Given that the American withdrawal from Afghanistan after twenty years of military operations could not be presented as a victory over the Taliban regime, the war in Ukraine provides an opportunity for a restructuring of the American status.

Although it is Ukraine which stands alone in the horror, this war is not merely about Ukraine, as it initiates new crises, similar to those described by Polanyi in the interwar period, both economic (fisco-financial and currency turbulences, recession, food and energy crises etc.) and political crises (conflicting definitions of democracy and authoritarianism, polarization, militarization etc.). As the war’s effects will be counted for a long time ahead and its causes interpreted by various opposing forces, the reshaping of global geopolitics and global economy will have initiated a new era.

Maria Markantonatou teaches Political Sociology at the Department of Sociology, University of the Aegean (Lesvos, Greece), and European Political Ideologies at the Greek Open University. She is a board member of the IKPS and her research interests include social and political theory, the sociology of crises, and the work of Karl Polanyi.