RUMinations on the war in ukraine 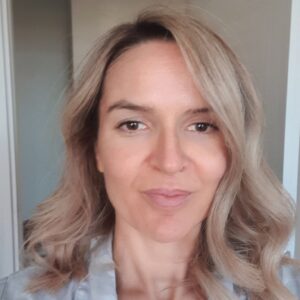 Efforts to grasp the origin of the war in Ukraine, has led many commentators on the left of the political spectrum to point the finger to NATO’s eastward expansion or the American disregard for its own rule based international order. Some might be even tempted to draw lessons from Polanyi’s analysis of the policy mistakes of the Great Powers during the interwar period when explaining the Russian invasion of Ukraine. I would argue against such critical moves.

Polanyi is best known for his brilliant and unconventional narrative of the origins of the nationalism crises of the 1930s, which could be found in the internal contradictions of the market society. Being a prolific scholar meant that he wrote on wide variety of topics, including western policies towards Russia. He argued that America should not repeat Britain’s mistake in its post-war policy towards Russia because when left isolated, Russia will follow a policy of despair, not out of her own will, but as the only way of preserving her self-interest and security.

However, what was true of the Concert of Europe and the geopolitical situation during the first half of the twentieth century, does not hold ground today. Russia is misunderstood by the west, but not because the west fails to grasp the misconstrued idea that what stands in the way to Russian prosperity is the Euro Atlantic expansion. The root cause of the attack on Ukraine’s sovereignty is Putin’s policy of restoring the Russian Mir, a more ethnocentric version of the old Russian empire that never received a proper post-colonial criticism. This exercise of empire restoration is neither caused by ill-fated western policies, nor a one-man project. If we can blame the liberal democracies of anything, it is their stubborn pursuit of a policy of appeasement since the 2008 war in Georgia.

Polanyi’s insights become useful to the current predicament when we try to look at the economic roots of the nationalism crisis in Russia. The left should find the answer to the question about the origin of the Russian invasion of Ukraine and the return to a reign of censorship in the economic limits of the kleptocratic regime. A regime which leaves no space for joint prosperity among the post-Soviet republics, which are left no other option but to seek integration in more successful economic blocks. Both Ukraine, which got the closest to this objective of economic independence, and Belarus and Kazakhstan deserve a better choice than forceful participation in an economically stunted order.

Dr. Maja Savevska is Assistant Professor in International Political Economy at the School of Sciences and Humanities at Nazarbayev University. She joined the Political Science and International Relations Department in Fall 2016. She completed Erasmus Mundus Joint Doctorate in Globalisation, Europe and Multilateralism at University of Warwick and Université Libre de Bruxelles. Her PhD mobility program was fully funded by the European Commission. Her previous appointments include a residential fellowship at the Institute for Global Law and Policy at Harvard Law School following her successful completion of her PhD.