international crises and the clash of systems 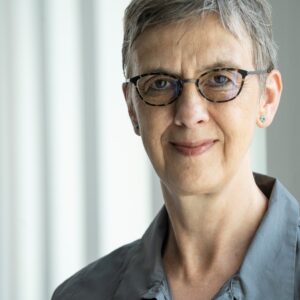 The saying goes that crisis brings out the best in us – and the worst. In Ukraine, Yemen, Afghanistan, Syria, Iraq or elsewhere, violence inflicted by humans upon others reveals the human capacity for unfathomable cruelty, but also for empathy, sacrifice, even heroism. In a similar vein, crises might reveal the true nature of social systems, of capitalism and socialism, or democracy.

In an essay entitled “Russia and the Crisis”, published in February of 1939 by the Christian Left Group (CLG) of which Karl Polanyi was a member, the unfolding international crisis that would soon culminate in World War II was characterized as a clash between capitalism and socialism.[1] The emergence of the first socialist state, the Soviet Union, sealed the fate of capitalist nations “which must decline into the dusty past” (p.1) and give rise to a new, and in the group’s view, a better order. “Fascism is simply an attempt to stave off the inevitable at the price of chaos, degradation and an infinitude of human suffering” (ibid).

How did the West respond to this challenge? It supported fascist governments “to the point of national suicide” and “surrendered to German Fascism” (with reference to Chamberlain’s appeasement policy). This, the essay suggests, “is not surprising; for these countries are ruled by Finance and Big Business, who look to the Fascist state for leadership in their struggle against the socialist movement” (ibid).

The CLG was clearly enamored with the socialist experiment, and may not have anticipated the rapprochement between Hitler and Stalin only six months later, which assured Germany a steady supply of Russian oil and carved up Eastern Europe into German and Soviet spheres of influence. Contra CLG, Soviet Russia was as deep in big power realpolitik as was the West.

And yet, the analysis of the extent to which democratic countries are willing to accommodate an aggressor that openly defies fundamental democratic values is worth reflecting on given the West’s response to the war in Ukraine. Russia, of course, is no longer a socialist nation that embodies the promise of a better world and therefore a threat to capitalism. It has created its own oligarchic, natural resource-based, mode of capitalism and uses denazification as a cynical ploy to mobilize its citizens for the war. If the fear of socialism did indeed drive capitalist countries to appease fascism, we should perhaps expect a different response today in the absence of such threat.

At first, it seemed that this is what happened. Economic sanctions were swift; assets of Russian oligarchs were seized; military budgets were increased, as was the delivery of arms to Ukraine. Yet, it also became clear fairly quickly that there were lines the West would not cross. One such line did not exist in 1939: the threat of a nuclear war, which precludes a direct military engagement with Russia. Beyond this, the calibration of sanctions supports the CLG’s sober assessment that there is hardly a Faustian bargain a capitalist country, democratic or not (hardly a difference under capitalism in his view), will not strike.

One might say that what the socialist threat was to the West in the 1930s, it is energy dependence today – not only in the face of Russia’s war in Ukraine, but also the threat of climate extinction. Back then the CLG asserted that “Munich mean[t] the eclipse of Great Britain as a power that can be trusted when it takes its stand on a moral issue” (p.2). Today, Germany is paying that price for its self-made dependence on Russian energy and its unwillingness to free itself from this bond even in the face of war crimes Russian troops are committing again in Ukraine, a country that Putin, like Stalin before him, believed to be his for ruination and that German troops had devastated under Hitler. In short, international crises reveal how thin a veneer democratic values are relative to system preservation, but the CLG may have over-rated the threat of socialism as the true cause.

[1] The essay is the first in a series of essays on “Russia in the World” published by the Christian Left Group in the “Bulletins for Socialists”. The full bulletin is available here. It includes several essays that were authored by Polanyi, but the provenance of this essay is not entirely clear.

Edwin B. Parker Professor of Comparative Law at Columbia Law School. Her research and teaching center around the legal foundations of capitalism, law and development, corporate law, and law and finance.