DOES peace have a chance? 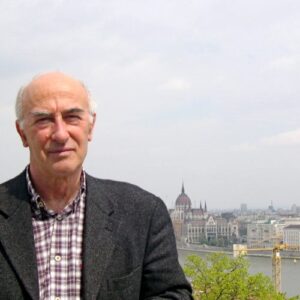 International politics, and therefore the problem of peace, are an important and constant subject of Karl Polanyi’s reflection. In his article “Die neue Internationale”[i] he maintains that socialist parties from different countries should not only establish fruitful relationships with each other, but also fully assume the supranational role of promoting peace. This role belongs to the socialist movement, and to it alone. Indeed, in Polanyi’s opinion, only the development of democracy within each country – hence the attainment of socialism – is able to ensure peace, by overcoming the limits of the capitalist form of imperialism, affecting, for instance, the League of Nations’ peace policy, in which financial interests, primarily American, have the last word.

“The story of the Disarmament Conference bore out the truth of the socialist contention that capitalist states are unable to organise peace,” Polanyi recalls in 1937.[ii] The attempt to stop the armament race, he writes, “was bound to fail,” because “the economic organization of the separate countries” made “an international organisation of economic life on a big scale impossible” (ibid.). His critique of naive pacifism, as well as that of the Christian communitarian ideal, is grounded on his conception of “the reality of society,” already emerging in articles and manuscripts of the 1930s[iii]. No problem can be faced, no solution can be found – then, no social science is sound – if the specific organisation of society is not primarily taken into account. That organisation determines causes and modalities of wars, which, in general, respond to the need to define territorial borders and/or to dispose of resources located outside them – when a given societal setup does not dispose of an alternative option.

Beyond this criticism, Polanyi recognises pacifism’s merit of affirming the abolition of war as an emerging need of our age. This would be possible, he adds, in a “human” society, of conscious and responsible individuals, not subjected to the extraneous power of the market, of profit, of class division. Realistically, however, he formulated his ideal through the analysis of alternative developments. For instance: socialist freedom or an “aristocratic” society “more intimately adjusted to the economic system”[iv]. “Co-existence” plus “regional planning” or “universal capitalism”[v] Unfortunately, the worst combination of internal and international alternatives has taken hold: the neoliberal globalisation, both in the West and in the post-Soviet East. Then, as Polanyi feared[vi], “the war-waging slave empire will triumph and ensure peace and division of labour within its confines of death.”

Now, to conclude by drawing a minimal consideration on the current situation from Polanyi’s thought: Nobody could deny the evidence of Russian invasion of Ukraine. However, in stark contrast to Polanyi’s attitude, most opinion makers – in politics, in the mass media, in academia – isolate the war from historical past and present geopolitical conjuncture. Basically, indeed, the institutional setup of our society is repressed. Any reflection is thereby prevented on complex motives of the war, on how it could have been avoided and could be stopped. Public opinion is correspondingly constrained: also in the ‘free world,’ this is a worrying symptom of citizens becoming the target of propaganda, instead of political protagonists – as Polanyi wished, also for giving peace a chance.

Michele Cangiani is Professor of Economic Sociology at the Department of Philosophy and Cultural Heritage at the Università Ca’ Foscari Venezia, Italy